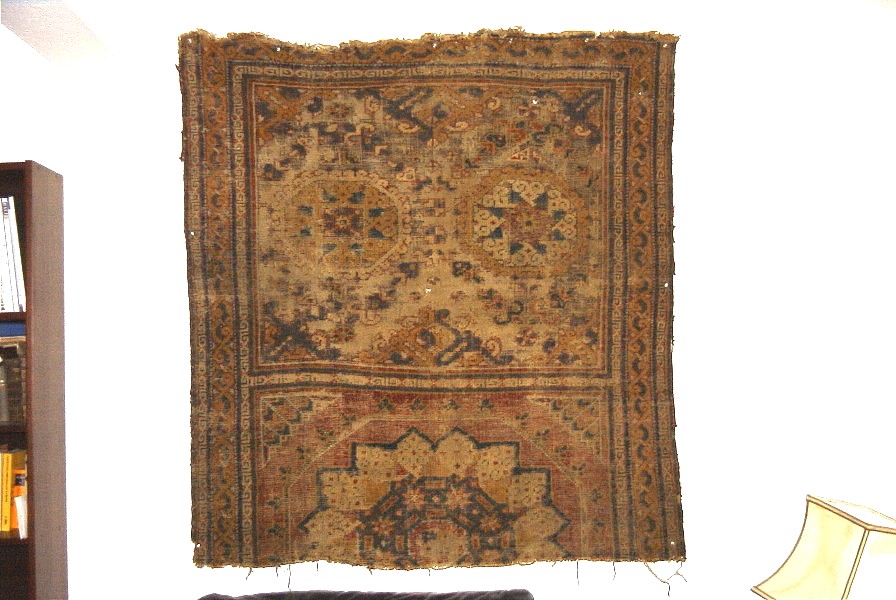 The photograph above was sent to us by Bertram Frauenknecht in response to our website article "Curious Fragment."

He further writes that his piece was also found in Tibet, and that the structure is the same. He had heard of the Dixon fragments after they had been sold, and had always thought of them as being part of the other half of the rug. He discussed his piece with Daniel Walker, who could not firmly place it's origin either, but their guess was the piece was from Turkestan. 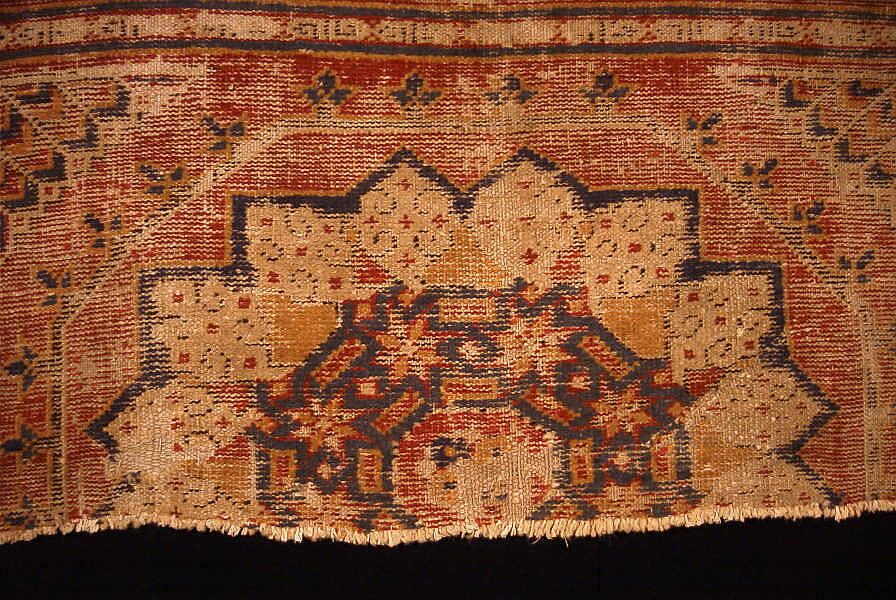 Detail of the "stars and bars" 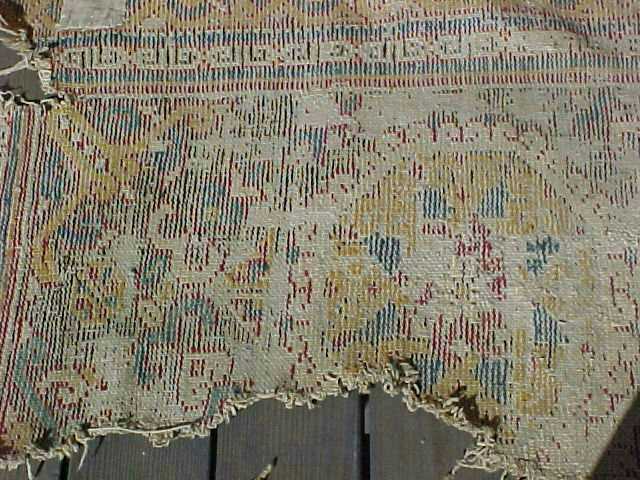 One of the Dixon fragments 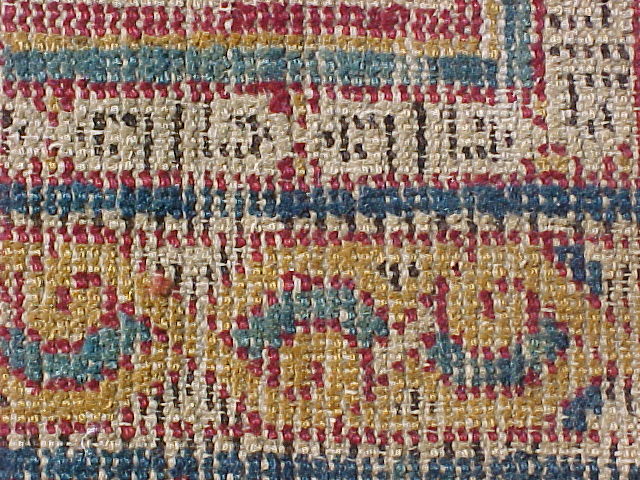